WN Legal, Perth > Blog > Arrest With or Without A Warrant

A warrant for arrest or a warrant to appear in court can come in many different forms, and for various reasons. Police in Western Australia can make an arrest with or without one. And while most arrests happen in the spur of the moment and with no warrant on hand, a Justice of the Peace can issue a warrant for the arrest of someone whether they know about it or not. Magistrates can also issue an arrest warrant for failure to appear in court, but more on that below.

If you are presented with a warrant for your arrest, it’s important to know your rights: get in contact with a qualified criminal defence lawyer immediately.

What police can and can’t do

As officers of the law, police fulfill a very specific role in keeping the peace and protecting both people and property from crime. They have several special powers which they can use to carry out their job. Here’s what police can do:

However, police aren’t allowed to do anything they want. There are important limitations on their power. Police are unable to:

What are the types of arrest warrants?

Do police require a warrant to arrest a person?

The quick answer is no, they don’t. This is the most common type of arrest – it happens frequently and often as the result of chance, or an ongoing investigation that suddenly takes a turn. A police officer can arrest someone without a warrant if they suspect a person to:

The above list is non-exhaustive. Police (as well as a magistrate) have numerous grounds on which they may arrest a person. Even if the arrest does not result in any charges, it is lawful and binding until the person is cleared.

Do police tell you if you have a warrant?

A police officer will not reach out and let you know of a warrant for arrest, rather they may inform you upon the arrest of a warrant if they have one. You may ask to see the warrant and the police are obligated to show you. It’s important to check the exact name and spelling, it could be an error. If you believe there to be a mistake, or if the police treat you inappropriately, ensure you take note and get a criminal defence lawyer on board immediately.

What happens if you fail to attend court?

What is the difference between a bench warrant and a warrant?

A bench warrant is a type of arrest warrant that is usually issued by a court in the event that the defendant fails to appear in court at the stated time. Once issued, the warrant acts the same way as a normal warrant in that the defendant can be arrested and brought into custody anytime after the warrant is signed. Once in custody, a person will be held until a further bail application is made – however, this can be tricky depending on the circumstances of the first non-appearance.

Knowing your rights before, during, and after an arrest is important. Police are legally obliged to explain that you are under arrest, your rights, and take you into custody. While someone is under arrest they are afforded essential rights such as:

What if the warrant is carried out illegally?

Failure to comply with the laws and procedures when carrying out a search warrant whether it is on your person or property can result in the court throwing out what was found as evidence. If a search warrant or warrant to appear in court was obtained on false grounds or the search was carried out illegally, the police become liable for a range of charges including damage, trespassing amongst others. If you think your property has been searched illegally make sure you contact WN legal today.

For more information, or if you think you may be facing criminal charges or suspect a warrant to appear in court has been filed against you, get in contact with the team at WN legal as soon as possible to give your lawyers a reasonable time to prepare. Our highly qualified team of criminal defence lawyers is standing by to assist. 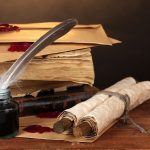